The Viking outfit worn by each Viking interpreter was very interesting to me when my family visited L'Anse aux Meadows in Northern Newfoundland, Canada a couple years ago. L'Anse aux Meadows is the first known evidence of Europeans in North America. Over 1000 years ago, a Norse expedition sailed from Greenland to Newfoundland and built a small encampment of timber and sod buildings. The archaeological remains of this Viking encampment is found in a beautiful coastline location with rugged cliffs and bogs. This internationally renowned archaeological find was made an United Nations Educational, Scientific and Cultural Organization (UNESCO) World Heritage Site in 1978 because it is the first and only authenticated Norse site in North America. 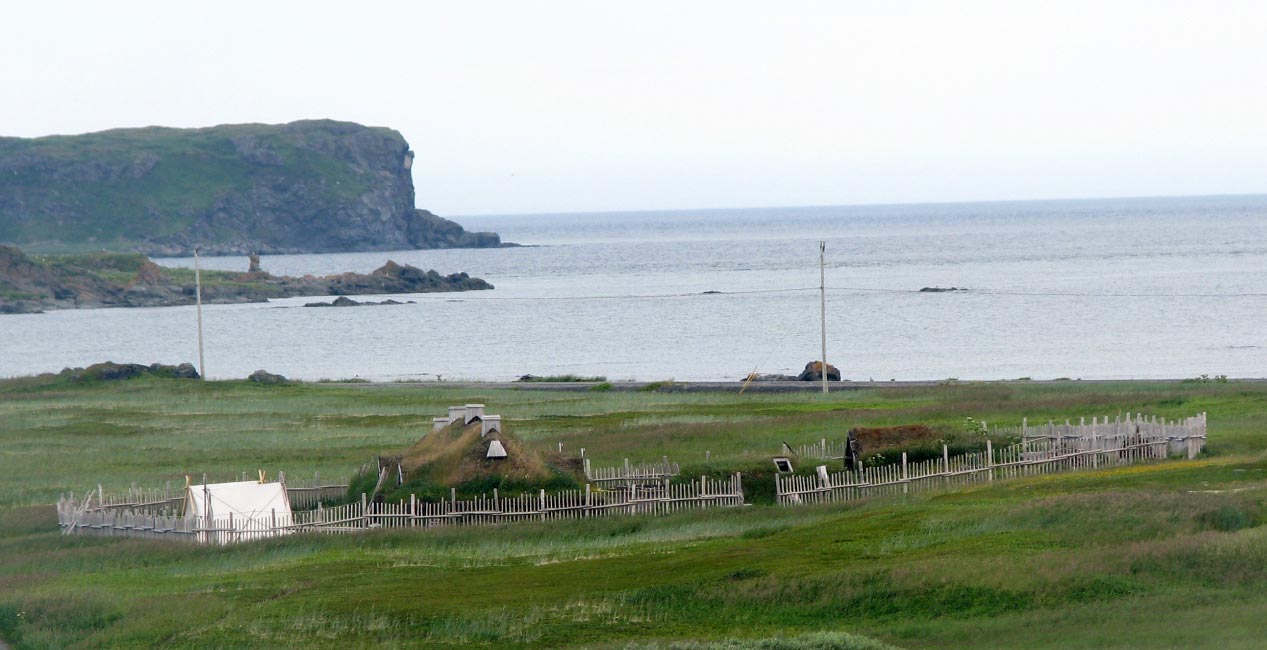 When we arrived at the Viking Heritage Site, first we viewed the museum which had many of the Viking artifacts displayed as well as an interesting film to watch. Next a guide walked us to the Viking ruins which were discovered in 1968 by two Norwegian archaeologists Helge and Anne Stine Ingstad. The stories of adventure, discovery and history told by the guide were fascinating. After that, a short walk took us to the recreated Viking settlement where we could wonder through on our own and enjoy our own discoveries. Historic experts might say a lot of the reenactors leather items worn are not period correct when compared to actual archaeological finds from the period. However being a leather worker, I was still very interested in their Viking outfits which had leather accessories hand made by many of the costumed Viking interpreters.